Now Katinka was the most efficient housewife in the village. Before the sun had risen overhead, she had finished the laundering and had set the bread out to rise. Her kitchen and rooms sparkled, and the hearth cracked with a bright well fed fire. It was her habit to air her home in the spring as she worked. One day, in flew a brown striped bird with a pink beak and a white breast. The tiny lark perched upon the back of a dining chair.

He then said: “You will have to do something about that husband of yours, Stefan, surely is cheating on you with the great and beautiful Georgeta, and everyone knows it. They talk of her beauty and her youth and how tasty she must be and how your husband is enjoying the fruits of two trees.”

“He is not, you naughty bird!” said Katinka, grabbing a broom and chasing the bird around her little wooden house.

But the bird escaped her broom; he perched himself out and landed long enough to chirp about the various sexual feats of Katinka’s beloved.

When she finally managed to oust him, she sat on her chair beside the hearth and cried. She cried so much that she made a salty soup with her tears, which she then put in the garden for the deer.

That night, in their marital bed, Katinka asked her husband, “Have I ever given you cause to be unfaithful?”

“No, of course not, my love,” Stefan assured her. “There is none more beautiful in all of the world to me. You are the only one of my heart, now and forever. You should not trouble yourself with such things.”

The next day, Katinka was hanging out fresh laundry. Out of the corner of her eye she spotted a brown striped bird bounding from branch to branch. Finally, it landed in her basket.

“I hope those wet clothes soak you so that you are damp and miserable,” said Katinka.

The bird only cocked its head to one side as it looked at her.

“Do you not remember that you were the bearer of evil news regarding my husband?” she said. “It was a falsehood. Were I not a kind woman, I would crush you and bake you into a pie.”

“At this very minute,” said the bird, “the king has entered the palace, the rowing has commenced across the moat, the snake is crawling its way to its hiding home.”

“That’s it!” cried. She threw a blanket over the basket, trying to catch the nasty animal, but it spirited away to the forest.

This encounter left her breathless and visions of what the animal was alluding to drummed through her head. How could it be possible? She believed her husband in everything he said. She was a good wife to him and had never even burned a piece of toast. And she was still one of the most beautiful women of the village, no small thing for a woman of her age, only a year younger than Stefan himself.

She made him ciorba that night for dinner, his favorite. She took extra care with the ingredients, adding the kefir that brings the tartness to the dish and whets the appetite. She wore a frock that complimented her figure and brought out the rosiness of her complexion. She brushed her hair a hundred times and wore her best combs. When she served Stefan the ciorba, she took care to bend so that he saw the beauty of her bosom and would catch the sweet scent of her perfume.

“You are beautiful tonight, my queen, and you have prepared my favorite meal for me. Whatever is the occasion?”

Katinka only smiled and sliced a generous piece of lipie for his plate. She watched him consume his dinner and then he took her to bed. They were happy as a man and wife and she could not be more satisfied that all was as perfect as the day they wed. “Nasty old bird,” she thought. “Tomorrow he will be bird pie, bird stew, bird bread. What is the meaning of all of his chatter?”

The next day she had to go to market. She was out of milk and butter and flour and she wanted to buy a string for his little bird neck. She would catch him and feed him to her husband who would be none the wiser. That would teach him.

On passing through the market she chanced upon the lovely Georgeta who was buying a wheel of cheese. She had the chance to observe the lass who seemed sweet and innocent enough, not at all the picture of debauchery painted by the filthy bird. It was just birds like this, thought Katinka, who created so much misery in the world. How many tears have I cried over his lies? I tell you, one teaspoonful is too much.

She built the bird a snare and to lure him, a mound of seeds. The next day, she found him in her trap, proving he can only be the bird brain she thought him to be.

When she pointed this out, he said, “But I have done nothing against my nature, Katinka. I have sung what is in my heart to sing. I have eaten the seed that my stomach craves. Mark my words: By next moon, you will be out in the cold and a new bird will fluff her feathers in your nest.”

And with that, Katinka wrung his little neck and put him into a pie and baked him in the oven, so displeased was she with the little thing. “I just hope the taste is not as bad as his words,” she thought. But the taste was as succulent a pie as she had ever made and her husband praised her and stuffed his face. He was passionate in bed with her that night, more passionate than he had ever been and she was pleased as a wife and could not help but smile at the memory of it the next day.

She found she missed the creature, however, oddly enough, missed the way his accusatory remarks had stirred her. Her life felt flat, somehow, plain. When her husband came home she was as dull as a worn pan. “What has happened to you?” he said and for many days thereafter he inquired after her missing beauty, charms, youthful demeanor. “Where is my fair bride?” he said one day and it struck her that he saw only the surface for he did not ask: “How is the heart of my beloved?”

And so doubt struck her for the first time since Stefan had declared himself her faithful husband. The bird had sung one note which now reverberated louder in her mind since taking the little creature’s life for their dinner. Stefan seemed to sing several notes which clashed: One a denial of his trysts, another his claim of an exclusive love for her, and yet a third his concern with appearances only and not the depths of her heart. This made it impossible for her to see him with a singular heart. What had happened to her dear, loving husband?

That night she collected tears silently by the bowlful and put them in the garden and the bowls outnumbered the deer necessary to take away her pain.

First published in One Thousand and One Stories 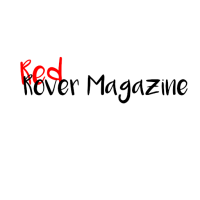 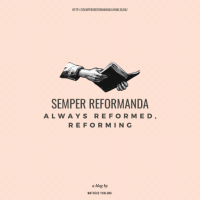 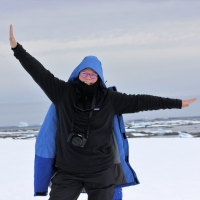 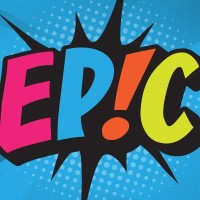 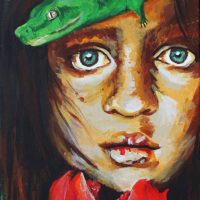 Campfire serials and other literary fiction. Don't forget to support by following!

Serotonin publishes poetry and prose on mental illness and suicide prevention. Themes of trauma, abuse, and self-harm throughout. Read at your own risk.

Aspiring to be the best at writing. Poetry lover, haiku and free verse to be precise, I hope to one day master