Daddy drove us nine hundred miles to Florida the Christmas after Mama passed. It was just me, Daddy, and my little sister Lulu. Daddy said there wasn’t anything in Florida that wasn’t all around the world and that was Christmas love, reindeers, and Santa. He didn’t want to see snow or get a tree or eat turkey. These things reminded him of Mama and he needed a break from feeling sad. He said she would have wanted us to go to Florida for Christmas. In fact, she probably knew what we were doing right now and that made her happy.

When I wasn’t keeping my sister occupied with books and games of eye spy, I was watching the landscape change from naked trees and gray skies to thick grass, fat palms, and huge trees hanging with moss. I was watching for Mama to see if she was watching us drive to Florida. Maybe she was traveling beside us, just outside the window. I looked for her in the shadows of green. I looked for her in the marshes beside the freeway. She would wear her white linen gown, the one with the satin bow I had learned to tie when I was five years old. She would wear her hair long, like she did before the sickness took it. She loved the outdoors. It made sense I saw her a few times, walking along in the trees, touching the head of a tall white bird in the marsh, a place where she would sink if she were a real person and not a ghost.

The camp was a place called Cocoa Beach. I had wondered if that meant the water would be made of chocolate. I had visions of me and Mama and my sister rolling in waves and waves of cocoa. Dad would be sitting on the shore, reading his paper as usual. We would bring him cups of cocoa and he would pretend to drink it just like he did at our tea parties. He would finally join us and mama would flee away, not wanting to cause him pain because she was a ghost and it seemed like ghosts knew everything.

We camped in a spot surrounded by twisted trees and bushes with red berries. It looked like God put his finger down and stirred things up, but Daddy said it was really the wind and soil that made them that way. While he set up the tent, he let us go to the beach and put our toes in the water which was not cocoa. The sand was crushed shells and scratched my feet but it didn’t hurt. When a wave crashed, bits of shell rubbed up against my legs. My shoulders felt warm from the sun. I put my diving mask on and dunked my head under the water, looking for Mama. Not far away I saw the tail end of a white gown flowing in the water but then a wave took me down and by the time I stood up, I could see no one. I went under again and all I could see was the strange grey green sea.

Lulu was scared of the water and so I had to hold her like Mama used to, on my hip. She could swim but I knew it was the moving water that worried her and she clung tight. When the waves started slapping her bottom, she kicked and screamed. I took her back to the shore and held her hand while we walked back to the campsite. My stomach was all in knots because I thought she might cry to Daddy about the waves and spoil things but she just sat on the picnic bench and sucked her thumb. I brought a towel and wrapped it around her.

That night by the camp fire, Daddy read about the baby Jesus. All I could think about was whether Mary would get cancer and leave Jesus. Then I remembered Mary weeping for Jesus on the cross. I didn’t feel so sorry for him that he was poor and there wasn’t room for him in the inn. And I didn’t care about Easter and Jesus dying. This was Christmas. I kicked some sand into the fire.

“Katherine Elizabeth,” Daddy said like he does when I’m in trouble. He sent me to the camp restrooms to get ready for bed.

There was a lady in a bathroom stall beside me who had blue veins running through her feet like Mama did right before she died. “Where is your campsite?” I asked her when I came out of my stall but she just kept washing her hands over and over. I couldn’t see her face. Her hair hung down like Mama’s used to hang when she let it free. “Are you Mama?”

She looked up at me then. She had dark eyes and a face with deep lines around her mouth. She only wiped her hands on a roll of cloth that went round and round through a machine.

Daddy was silent in the tent. He didn’t sing to us like Mama would have. I knew I shouldn’t say anything about the lady and about whether Mama was in Florida. He promised Santa would find us no matter where we were but of course I knew Santa was a made up story. But how come so many grown ups believed you would never die? Was Mama an angel now?

When Daddy and Lulu were asleep, I slipped outside the tent. The moonlight made our campsite white. Little puffs of air blew against my face and the shadows moved with the trees.

I spoke with Santa then. I asked him for my old Mama back – the one who could still lift Lulu on her hip, who could sing us to sleep without stopping to catch her breath, who made us fried chicken and biscuits. I asked Santa if my Mama was here. I asked him these things even though he was supposed to be an old made up story for children.

There was only the sound of the crashing chocolate waves. How Mama would have loved that, that I imagined them as cocoa. She would have played along, filling up a pot and putting it on the fire, doing magic and making real chocolate. She would have kissed me for my dream of the dark, sweet, milk sea. There was a sea somewhere like that and Mama was there waiting for us, with Peter the wolfhound who died soon after she died. Heartsick, Daddy said. Peter would be there licking up the chocolate ocean. Peter and Mama had gone there to prepare a place for us. We would never be apart again and Daddy would watch over us always.

I stuck a dried up flower from a palm tree in the sand. Daddy said people didn’t really notice the flower of the palm but he said the most interesting things come and go in secret. I put some rocks around the base to hold it up and then at the top I tied the ribbon Mama had given me. It was white and satin like the ribbon in her gown. The dried up palm flower looked like a Christmas tree. I would leave it out all night, just in case. 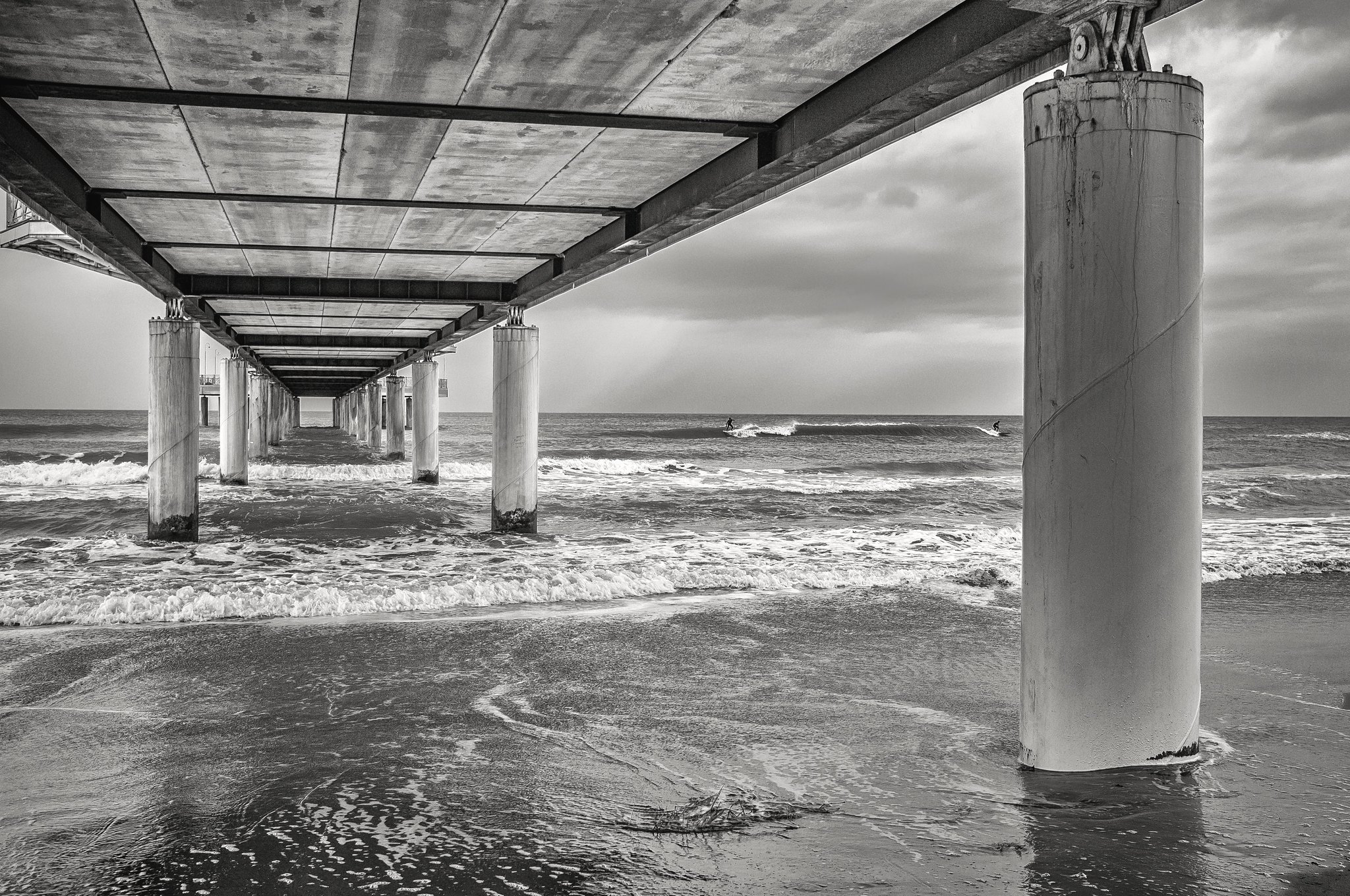 Remember that day I gave the man with a face on fire the one dollar bill when he asked for the fare to go home to see his family and he replied “I am probably the world’s only box dweller” and you said not to worry about it, not to think of him anymore even when he also said to me “you’re the reason vets like us come back from the war and shoot people.” We later went down to the beach on that holiday when we would normally have been with other people but here we were thrown together and in a hectic mass of humanity, down by the pier, as if the ocean had belched us onto the shore. People had set up make-shift encampments under the massive structure, deceiving everyone with its capacity as a bulwark against the elements though no one would be able to sleep there as shade was its only offering.

I said I will not take from the pipe even if I’m in a lot of pain and you said that is a lot of senselessness and I said there are a lot of ways people numb themselves. Whatever I said was dictated by my white girl reaction to the drum circle and the beautiful dancers not far away. You just can’t let go, can you, you said. I said so what. I was still upset by the box dweller, murderously unhappy with my dollar but the focus on what I believed I deserved was a relief. The world’s only box dweller had a point. The reason I was no longer a family with someone else was my fault which was the reason I was with you which was the reason I had come into contact with an angry vet who threatened to kill me.

You insisted on the tacos with the two tortillas, a huge dish. You insisted on the appetizer. You always made sure there was an equal division of expenditure. You wanted your pound of flesh though I’d not cheated you out of anything that I knew of but that was just it you had been sent to exact something from me, something I owed in a more universal sense and that close accounting I knew I deserved too. The restaurant on the pier was hot. I could not stop sweating. Below, the surf and bikini contestants were going home. I said do you love me you said yes of course and this kind of question and response had been as regular as the ebb and flow of the tide and so there was something unconvincing in it, of that I had felt since we first used the word love and how did I know that was the last time I would use this word with you and how did I realize there was no shelter.

Join 3,312 other subscribers
Follow Within A Forest Dark on WordPress.com 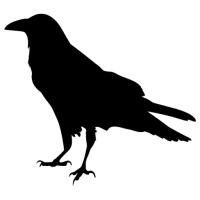 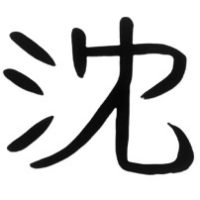 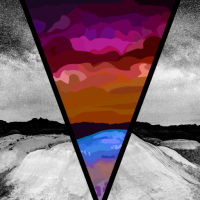 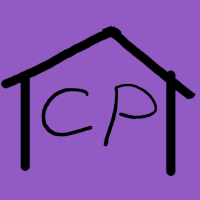 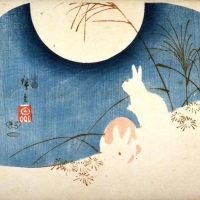 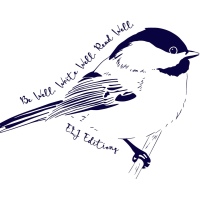 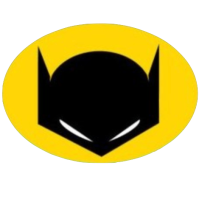 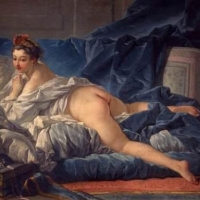 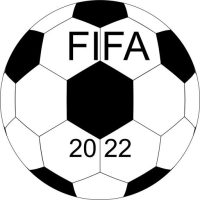 May All Who Enter As Guests, Leave As Friends -- Because Together We Can Do So Much!

Submit your film and get it shown at the festival that runs 3 times a month.

Rivers and Rural Communities : ँ : at the Heart of Travel